Our Travels in Europe on the Orient Express

When the Stars are Right....

Professor Julius Arthur Smith, Litt.D., Ph.D., is 59, a heavy-set Englishman, a scholar who now devotes himself entirely to research. He is famed for his whiskers and great curling moustaches that give him the air of a friendly walrus. His disgusting preferences in tobaccos (especially his favourite, a foul, obsidian-hued Balkan Sobranje), his erudite after-dinner stories, and his hearty laugh are trademarks. 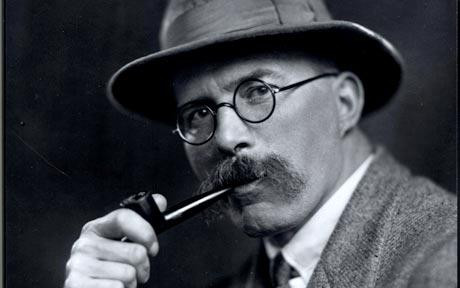 Dr Smith has lived and travelled extensively on the Continent, including widely in Russia, Poland, Italy, Germany and beyond. His specialties are European languages and archaeology; his Litt.D. was conferred by the University of Vienna. In the past, he has aided you in rendering difficult translations. Now his attention has shifted to matters parapsychological, with excellent results. He is fascinated by scientific method being applied within para-psychology.

The professor maintains a town house in St. John’s Wood, where he resides when in London. At present it is undergoing renovation, to enlarge his library, and so the investigators must stay at a hotel.

When in London, Smith spends most of his time lecturing at the University of London or reading at the British Museum library. He is a member at the Oriental Club, but does not get there as often as he would like. His country home is an estate not far from Cambridge. Margaret, his wife, died in 1919. These days his manservant Beddows, who is at once friend, assistant, and confidant, is his only companion.

Ascendant campaigns can view previous versions of their pages, see what has changed (and who did it), and even restore old versions. It's like having a rewind button for your campaign.

We've already been saving your edits, so if you upgrade now you will have instant access to your previous versions. Plus, you get a 15-day free trial, so there's nothing to lose.

I'm sorry, but we no longer support this web browser. Please upgrade your browser or install Chrome or Firefox to enjoy the full functionality of this site.